A couple years ago I posted a Halloween Bathroom set. Well. I found more treats for the bathroom. Don't you just love these! I found them on Amazon while searching for Halloween bedding.
Wishing you all a wonderful week!
Posted by magikalseasons at 9:06 AM 6 comments:

Send in the Clowns or Send Them Away

When making this next series of Clowns I had a few interesting memories come to mind. I was thinking about a certain abandoned home from my childhood. The home was off a dirt road called Lone Tree Road. You could not see the home from the road only corn fields. The home was very spooky and said to be haunted. The man who lived and died in the house was a Clown who preformed with the Ringling Brothers Circus. I only went into the home once it was a very short visit!

The song Send in the Clowns was written by Stephen Sondheim in 1973 for the musical A Little Night Music. The song was not actually about clowns but how we as humans can be foolish in life.
The song was made popular by Frank Sinatra and Judy Collins.

Isn't it rich?
Are we a pair?
Me here at last on the ground,
You in mid-air.
Where are the clowns?

Isn't it bliss?
Don't you approve?
One who keeps tearing around,
One who can't move...
Where are the clowns?
Send in the clowns.
-Stephen Sondheim


Well I think I may have been foolish as a kid to go into that house. The house where the clown lived.
And just maybe these clowns will be adopted and I can send them away!

Posted by magikalseasons at 1:42 PM 5 comments:

﻿﻿
﻿﻿﻿
﻿
All these amazing finds can be found at the Victorian Trading Company.
Posted by magikalseasons at 12:14 PM 4 comments:

Posted by magikalseasons at 1:56 PM 5 comments:

Poppets are an old spelling of puppet. In folk magic a poppet is a doll that represents a person for casting spells on that soul, or to aid them through magic. I'm not sure if I will command them to do my bidding. I like them as they are little spookies!  My poppets are made with found parts of all sorts. They are full of spirits! Wine spirits that is. I used wine corks for their bodies.
I also found a wonderful New England Folklore Blog I'd like to share with you. I found this in my search for interesting info on poppets. Click here to have a look see!
I'll be listing my poppets on ebay soon I'll let you know. Wishing you all a magical weekend!
Posted by magikalseasons at 4:42 PM 9 comments:

Posted by magikalseasons at 8:55 AM 5 comments: 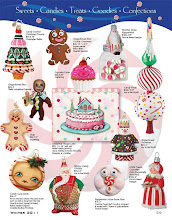 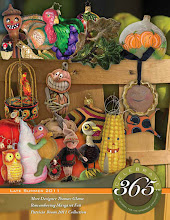 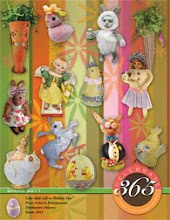 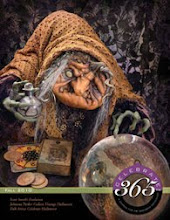 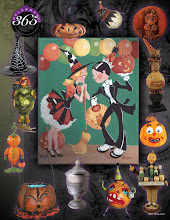